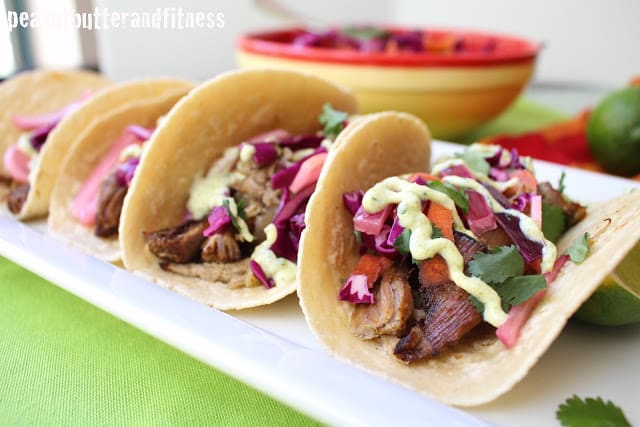 Who doesn’t love tacos? I mean really.  I don’t even need Taco Tuesday OR Cinco de Mayo as an excuse to make tacos.  I’ve had these bad boys on my list of “come up with a recipe and make this!” for a while now, I just finally had the opportunity and the convenient timing of a delightful Mexican holiday that we use as an excuse to eat and drink delicious things. 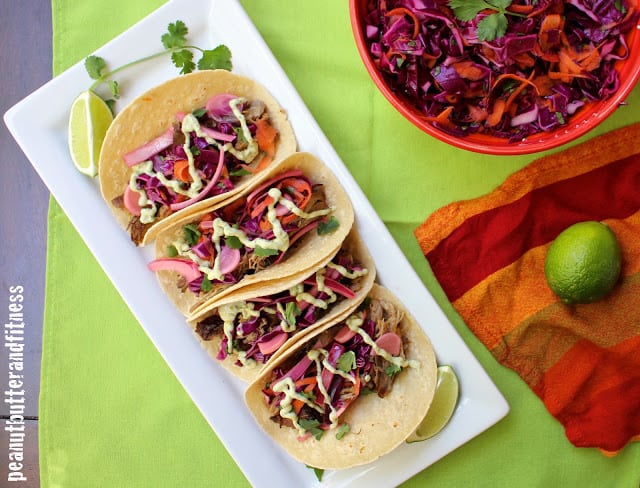 Don’t be intimidated by all the components of these tacos – yes, they take some time but they’re not difficult – and rest assured that the resulting product is totally worth it!  The carnitas are crispy, yet juicy at the same time, the cabbage slaw and picked red onions and radishes are tangy and bright and the poblano cream sauce is cool with just a touch of spicy. 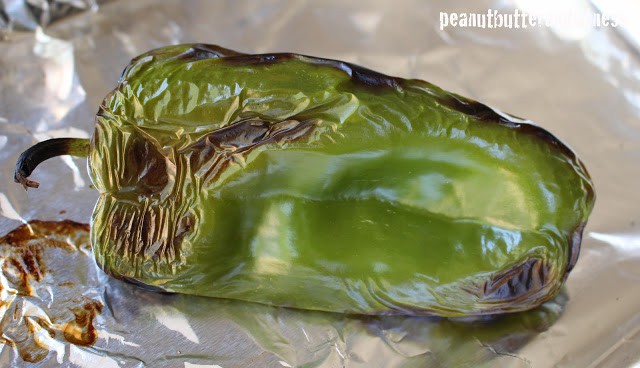 Now, if you follow my directions below, you won’t end up with a poblano that’s burned to a crisp on one side (you can’t see it here) and still green on the bottom! The trick is to actually turn it over in the middle of broiling it.  But alas, I have the most sensitive smoke detector known to man (honestly, it goes off when I dry my hair) and I just couldn’t handle hearing it blaring again yesterday.  No matter though – it still tasted perfect. 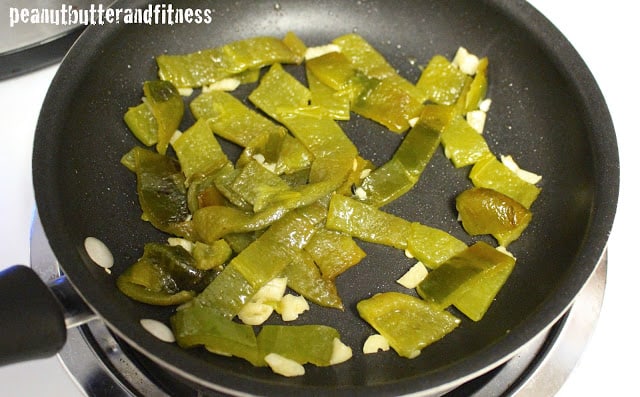 I tossed it in with the sautéing garlic to melt those flavors together a bit before getting them in the food processor to meet the Greek yogurt.  And if you don’t have one yet, get yourself a little squeeze bottle to make fun designs with the cream sauce.  I got mine at Sur la Table where I also managed to buy some very expensive, very sharp toys.  Toys made by Germans.  Okay, okay. I bought a couple new knives and I’m really freakin’ excited about it!!!  My old knives do not even compare. 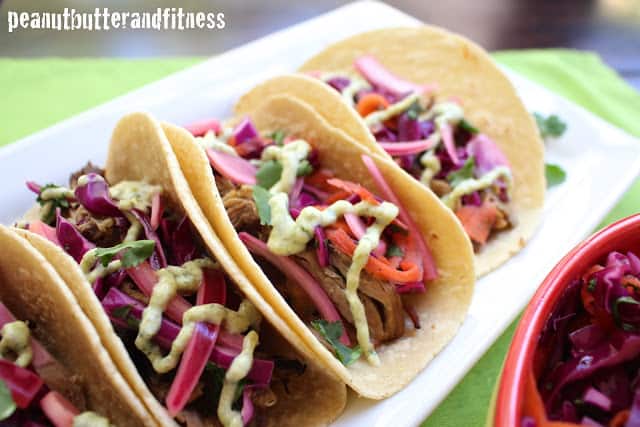 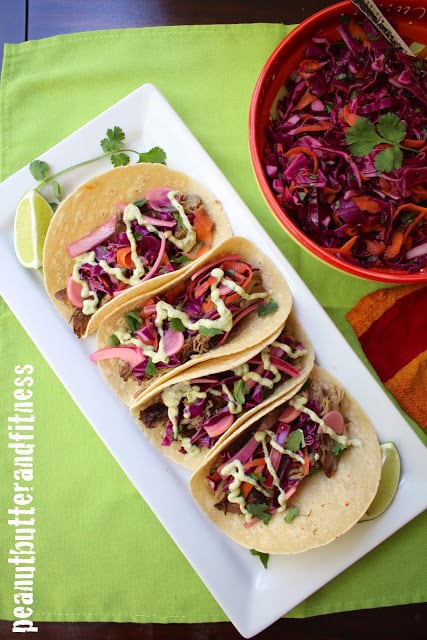 If you want to cut some fat and calories out of this recipe, go for a pork tenderloin instead of a pork shoulder.  Carnitas are traditionally made of pork butt or pork shoulder (both cuts actually come from the shoulder area) which have more fat and are less expensive – a good option if you’re having a party and need to feed a lot of people. 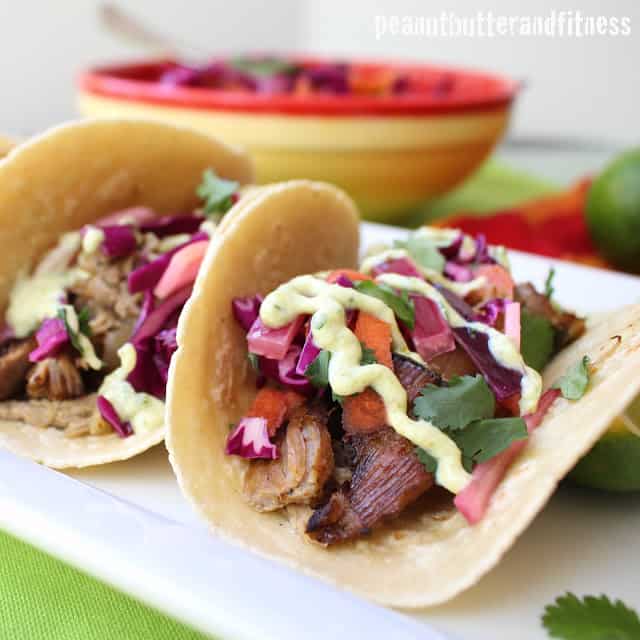 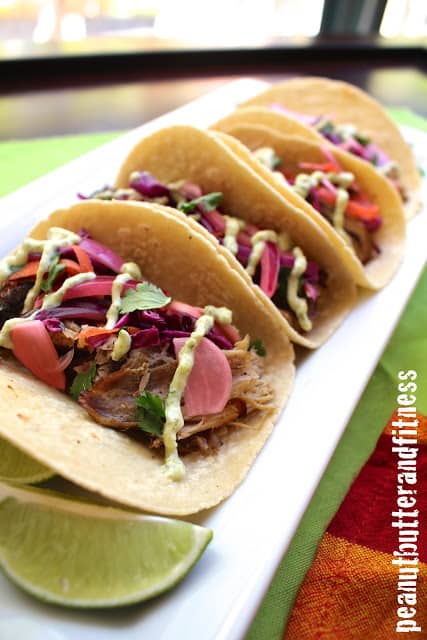 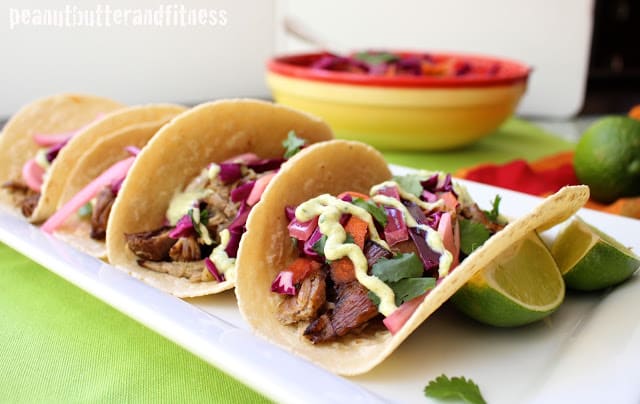 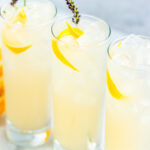 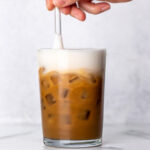 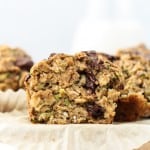 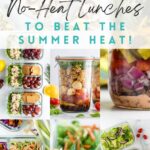